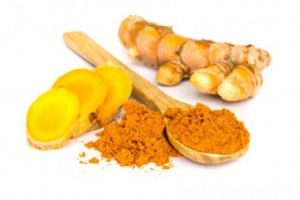 The super spice known as Turmeric has been used as a coloring agent in foods for centuries. The yellow pigmentation given by turmeric comes from the molecule in its root: curcumin. Through years of trial and error, ancient civilizations (specifically Chinese and Indian) have discovered that curcumin can treat conditions with inflammation. It can also act as a pain reliever and even a cancer-preventer. Yes, curcumin is recognized by the National Cancer Institute (NCI) as a potent anti-carcinogen. Why? Well, curcumin has been tested to treat cancer models and results show significant improvement through the first stages (Phase 1).

Recently, however, scientists have grown curious to see if curcumin has any properties to prevent memory loss. But how did this idea come about in the first place? Well, data configuration tells us that India is one of some country with the lowest prevalence of Alzheimer’s disease. Scientists are therefore predicting that this may be due to either one of two possible reasons: genetics or specific Indian diet. Daily intake of curcumin in India is around 125mg as it is a highly used herb. This is significantly different from other Western diets, which typically lack curcumin.

Can I get curcumin in capsule form and how much should I take?

Yes, curcumin is available in capsule form. There are supplements with a pure curcumin formula and others with mixed blends. If you decide to pick the mixed formulation, then I would suggest for you to be aware of the manufacturers and whether there is sufficient evidence to prove that the specific blend will provide the same benefits.

The recommended daily dose of curcumin intake is unknown. However, results from studies suggest that a daily intake of about 125 mg is effective.

No thanks, I hate to enhance my intelligence and save money